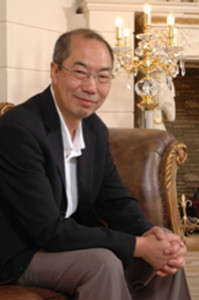 Dr. Mak was born in southern China and was raised in Hong Kong. He received his B.Sc. and M.Sc. degrees from the University of Wisconsin (Madison) and his Ph.D. degree from the University of Alberta. His postdoctoral work was performed at the Ontario Cancer Institute under the supervision of Dr. Ernest McCulloch.

Dr. Mak’s research interests center on immune cell recognition/regulation, molecular mechanisms underlying the survival and death of normal or malignant cells, as well as the role of inflammation in the progression of autoimmune disease and cancer. He is best known as the lead scientist of the group that first cloned the genes of the human T cell antigen receptor, a discovery that provided essential insights into the molecular basis of cellular immunity. This discovery led him to study the process of T cell activation and differentiation. In addition, Dr. Mak has devoted a large portion of his research to investigating the process of apoptosis as well as the pathogenesis of cancer. In particular, he is interested in mechanisms of metabolic transformation in order to identify potential targets for novel cancer therapeutics.

Dr. Mak has published over 700 research papers which collectively have been cited over 66,000 times . His many accomplishments have been recognized by the scientific community through numerous prestigious awards and honours, such as the Paul Ehrlich Prize, Gairdner International Award, King Faisal International Prize for Medicine, Sloan Prize, and Novartis Immunology Prize. He is a Fellow of the Royal Society of London, a Foreign Associate of the National Academy of Sciences (USA) and an Officer of the Order of Canada.