FCMS Champions are inspiring individuals that have invested in the future of the Chinese American people. The persons nominated in this category should show conspicuous and sustained contributions in advancing and improving the health and welfare of Chinese Americans. The individuals should be nominated and approved by the Board of Directors of the local member organization. The nominees can be members of the nominating organization, but it is not a requirement. The names shall then be submitted to the FCMS Board for final approval. 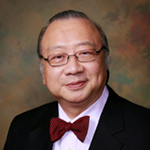 Dr. Chiu is Professor of Plastic Surgery and Neurosurgery of New York University and Adjunct Professor of Anatomy and Cell Biology of Columbia University. He received his M.D. from Columbia University, College of P & S in 1973. He had post-graduate training in surgery, plastic surgery and hand surgery at Barnes Hospital in St. Louis, Columbia-Presbyterian Medical Center and New York University Medical Center in New York City respectively. Currently, he is the Chief of Hand Surgery, and Director of Nerve Center in the Institute of Reconstructive Plastic Surgery of New York University Medical Center. He is a superb surgeon and a thoughtful physician, who is constantly innovating and striving for perfect harmony of form and function. He is intuitive, methodical and ……… more >> 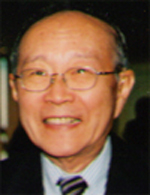 Dr. Li was born in Nanking, China and came to the US in 1949 to obtain higher education, following a childhood in Havana, Cuba, where his father was in the diplomatic service as Chinese Minister to Cuba (1939-1947). He attended Harvard College, then Harvard Medical School and came to New York City for post-graduate training in internal medicine and pathology at New York University-Bellevue Hospital. For 25 years, he was successively Director of Pathology and Laboratories at two New York City municipal hospitals affiliated with Montefiore Hospital in the Bronx. In the early 1970’s, he introduced to his hospital in the south Bronx the first computerized laboratory report system within the hospitals run by the Health and Hospital Corporation, thereby making lab reports more readily accessible to the practicing physicians. In 1992, Dr. Li became the Chairman of Pathology at the Long Island College Hospital in Brooklyn until his retirement in 2005. ……… more >> 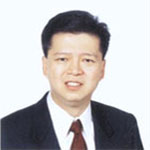 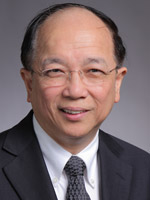 Sun-Hoo Foo graduated from Chung Hwa High School in Brunei. He went on to receive his medical degree from the National Taiwan University College of Medicine, in Taipei, in 1972. In 1974, he co-founded and is a regular contributor to “Medicine Today,” a magazine for physicians; in 1989, he also co-founded “Health World” for the general public. He co-translated several works from English into Chinese, including Freud’s Interpretation of Dreams. ……… more >> 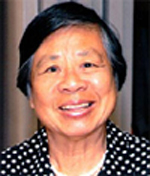 Dr. Wang was born in Beijing, attended the National Central University Medical School in Chengtu and graduated in 1946. She came to New York City soon after, had some post-graduate training, then joined the Dept. of Pharmacology at the College of Physicians and Surgeons of Columbia University, where she rose to the rank of Professor. Her research was in the field of physiology and pharmacology of the coronary circulation. From 1985 to 1990 she was the Director of Graduate Studies in the Department. ……… more >> 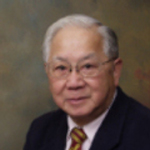 I was born in Kaiping, Guangdong, China. I immigrated to the United States with my aunt in 1939 to escape the war. We made our way to Hong Kong and took the last passenger liner out and landed in Angel Island in San Francisco Bay. I had to live with my aunt and uncle as an adopted son. I was placed in a special immigrant class for a year to learn English before being placed in the 3rd grade. I went to Oakland Technical High School. By the time I graduated I had to live on my own. I worked part time as a dish washer, then a kitchen helper and a bus boy. ……… more >> 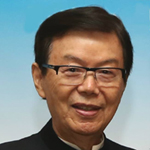 Dr. Ming-Tat Cheung has been the chairman and president of the Chinese Cultural Centre of Greater Toronto since 1989. He has been a clinical cardiologist for over 30 years. His professional involvement has included: member of the Ontario Medical Association’s Council; president of the Clinical Society and chief of Cardiology and Internal Medicine at Humber Memorial Hospital; founding member of the Chinese International Heart Health Network; and a lecturer at the University of Toronto, Faculty of Medicine. Some of Dr. Cheung’s past and present community and charitable activities have included his appointment by the Ontario Ministry of Citizenship as facilitator for the merger of the Mon-Sheong and Yee-Hong seniors’ homes. He was a member of the community settlement program for Vietnamese refugees in the 1980s. ……… more >> 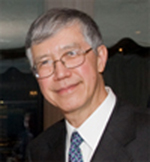 In 1981, when the Chinese Hospital in San Francisco was organizing the very First International Conference on Health Problems Related to the Chinese in North America, Dr. John H.C. Chiu, then the President of the Federation of Chinese Canadian Professionals (Ontario) as well as the President of the Chinese Canadian Medical Society (Ontario), responded to the call to endorse as well as participate at the Conference, held in San Francisco, California, in 1982. With that first foray started Dr. Chiu’s 30 years of involvement with the vision and goal of bringing the Chinese North American medical and health organizations together to improve the status of health for all Chinese North American residents. ……… more >>

Mrs. Yvonne Chiu was born in Shanghai, China on March 17, 1944. She met Dr. John Heung-Cheung Chiu in 1959 when attending St. Paul’s Co-Ed College in Hong Kong, China. She graduated from McGill University in Montreal, Canada, in 1966 in Microbiology. Yvonne and John married in Hong Kong on June 9, 1968 and had their only son, Derrick Man-Fung Gregory on April 8, 1970, in Ottawa, Canada. The Chiu family moved to Toronto, Ontario, in 1974 where Yvonne became a community and cultural superstar, through her patronage, volunteerism and educational vocational pursuits. ……… more >> 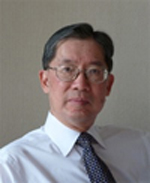 Dr. Ho found that one of the most rewarding experiences in his life was looking after the first wave of refugees from Vietnam (so called “boat people”) soon after he set up his practice. With the influx of a huge number of these new immigrants, there was an immediate need for more psychosocial services. ……… more >> 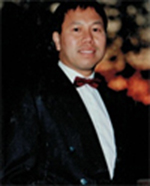 Dr. David Lam began his practice in family medicine in Toronto since 1991. He is an active staff at the Department of Family Medicine, Scarborough Hospitals (General Division). Dr. Lam believes that continuous education for doctors is extremely important so that they can keep up their standard of care. He is passionate about organizing Continuing Medical Education (CME) and has dedicated his time to planning professional development lectures and seminars for his fellow colleagues. He has been a CME organizer for the Chinese Canadian Medical Society and the Chairman of the Agincourt Doctors’ Journal Club for many years. He also helps to co-organize the GTA Primary Care Symposium, an event with an attendance of more than 200 family doctors each year. ……… more >> 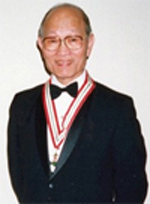 Sim Fai Liu was born in Canton, China, the eldest of six brothers. His father was a respected physician and at an early age, Sim Fai decided to continue the medical tradition by studying medicine. He attended Pui Ching Middle School and then attended medical school at Shanghai Medical College, graduating in 1944. He pursued postgraduate medical training in Internal Medicine at Edinburgh University, the London School of Tropical Medicine and Hygiene, University of London, England, Victoria Hospital, London, Ontario and the Jewish General Hospital in Montreal. He opened his practice in Internal Medicine and Geriatrics in 1954 and ……… more >> 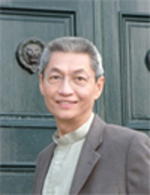 He was the Founding President of Hong Fook Mental Health Service, serving the Asian populations in Toronto with various innovative ethno-specific programmes. He often speaks to the community and was awarded the Educational Excellence in Community Healthcare by the Faculty of Medicine. ……… more >> 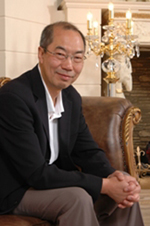 Dr. Mak was born in southern China and was raised in Hong Kong. He received his B.Sc. and M.Sc. degrees from the University of Wisconsin (Madison) and his Ph.D. degree from the University of Alberta. His postdoctoral work was performed at the Ontario Cancer Institute under the supervision of Dr. Ernest McCulloch. ……… more >> 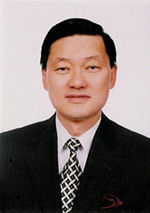 Dr. Ng has been a family physician practicing in Markham and Toronto since 1981, and is the Medical Director of 4 clinics in Markham and Thornhill, helping to bring in and train various doctors to serve the growing diverse communities. He is a Lecturer with the Department of Family & Community Medicine, University of Toronto and Preceptor for medical students and interns. ……… more >> 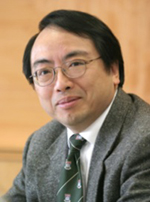 Prior to his present appointment in September 2002, Professor Tsui was Geneticist-in-Chief and Head of the Genetics and Genomic Biology Program of the Research Institute, at The Hospital for Sick Children in Toronto. He was also the holder of the H.E. Sellers Chair in Cystic Fibrosis and University Professor at the University of Toronto. ……… more >>

Madalene was born in Singapore to parents whose ancestors were scholars from Fujian Province in dynastic China. She graduated from the University of Singapore and did her post-graduate Medicine and Dermatology training in New Zealand and UCLA. From 1978-2003, she was in full-time academic medicine, advancing to Professor, UCLA School of Medicine, and Chief of Dermatology at the UCLA-San Fernando Valley Medicine Program. She is currently in private practice in Ventura County, California, but continues to give lectures locally and abroad, writing and reviewing papers for medical journals, and running a free internet-based dermatology consultation service. Dr. Heng is the author of 141 scientific publications that include 80 original papers in ……… more >> 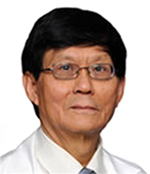 Dr. Ming Heng is a Clinical Professors of Medicine at the UCLA David Geffen School of Medicine. Dr. Hengwas born in Malaysia of Chinese immigrants from Shantou in north Guangdong Province in China. He received his medical education from the University of Singapore as a State Scholar. After fulfilling his Public Health Service, he left for Auckland, New Zealand, where he spent the next 8 years. During this period, he was trained in Internal Medicine and Cardiovascular Disease and was board certified by the Royal Australasian College of Physicians. Dr. Heng also completed 3 years of cardiovascular research training in an Auckland University affiliated hospital where he studied the measurement and treatment of myocardial ischemic injury. ……… more >>