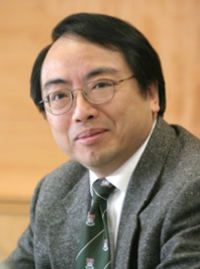 Prior to his present appointment in September 2002, Professor Tsui was Geneticist-in-Chief and Head of the Genetics and Genomic Biology Program of the Research Institute, at The Hospital for Sick Children in Toronto. He was also the holder of the H.E. Sellers Chair in Cystic Fibrosis and University Professor at the University of Toronto.

Born in Shanghai and awarded his bachelor and master’s degrees from The Chinese University of Hong Kong, Professor Tsui is a native of Hong Kong. He received his Ph.D. degree from the University of Pittsburgh in 1979. After a brief training in the Oak Ridge National Laboratory, he joined the Department of Genetics at The Hospital for Sick Children. He received international acclaim in 1989 when he identified the defective gene that causes cystic fibrosis, which is a major breakthrough in human genetics. He has also made significant contributions to the study of the human genome, especially the characterization of chromosome 7, and, identification of additional disease genes. He has 300 peer-reviewed scientific publications and 65 invited book chapters and papers.

Professor Tsui has served on the editorial boards for 23 international peer-reviewed scientific journals, numerous scientific review panels, and many national and international advisory committees. He is currently member of the Judicial Officers Recommendation Commission, Executive Committee of the Commission on Strategic Development and the Advisory Committee on Corruption of the Hong Kong SAR Government. He received the Order of Canada (Officer), the Order of Ontario, Knight of the Légion d’Honneur of France, and the title of Justice of the Peace (HKSAR).