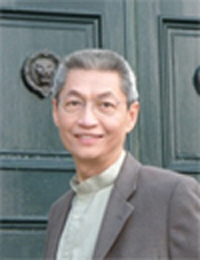 He was the Founding President of Hong Fook Mental Health Service, serving the Asian populations in Toronto with various innovative ethno-specific programmes. He often speaks to the community and was awarded the Educational Excellence in Community Healthcare by the Faculty of Medicine.

He was an Assistant Professor in the Department of Psychiatry, University of Toronto, from 1996 to 2012 consulting to the Culture Community & Health Studies Program. With his colleagues there, he developed an integrative model in teaching the sociocultural component in the core curriculum for psychiatric residents. For their work in faculty development in this area, they were awarded the Ivan Silver Continuing Education award. He helped re-establish the Transcultural Psychiatry section in the Canadian Psychiatric Association, and is part of the World Association of Cultural Psychiatrists.

Dr. Lo is part of the international Consortium on Cultural Consultations, and had worked over the years with the Cultural Consultation Team at Mount Sinai Hospital as well as other academic hospitals. He is as well a visiting faculty to the University of Addis Ababa, Ethiopia, currently helping the development of services in various parts of the country.

Over the years, Dr. Lo has been part of the mental health planning initiatives in the municipal, provincial and federal levels, having recently served on the Service System Advisory Committee of the Mental Health Commission of Canada. He led a task group overseeing the preparation of a document to advise the Commission on services to the immigrants, refugees, ethnocultural and racialized populations.

Another interest of Dr. Lo is complementary and alternative medicine (CAM), and he founded a charitable organization, FACT (Friends of Alternative & Complementary Therapies) to promote education in that area for the public as well as the mainstream healthcare professionals. He was awarded the Prix Clarite by the Canadian Complementary Medicine Association. His interest in traditional healing also led to the first International Conference on the Art and Science of Traditional Medicine.

Another area of activities is a collaboration with the Chinese Medical Association in China. Under the China Canada Medical Education project, Dr. Lo produced a TV series, Prescription for Health, shown in many channels across China. As well, he organized the first satellite conference between the two countries, reaching over 5,000 doctors in China.