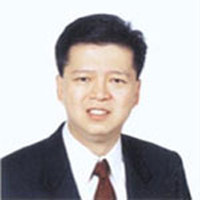 Dr. O’Young holds several appointments on the national level. He currently serves on the Health Policy and Legislation Committee of the AAPM&R. He was appointed as a peer reviewer of PM&R: The Journal of Injury, Function and Rehabilitation, official scientific journal of AAPM&R. He is the current president of the Philippine Chinese American Medical Association in the U.S. and serves on the board of directors in the Federation of the Chinese American and Chinese Canadian Medical Societies. He also serves as the Secretary for the American Academy of Thermology.

Dr. O’Young has a track record of successful leadership positions at the international level. He has served on the Board of Governors/Assembly of Delegates at the International Society of Physical and Rehabilitation Medicine (ISPRM). As the chair of the ISPRM International Exchange Committee (IEC), Dr. O’Young aims to facilitate international exchange through visiting scholars program. He has led the IEC in creating the first comprehensive international rehabilitation program “matchmaking service” where the individual academic observer can be introduced to a rehabilitation institute through a map on the ISPRM website. He has also assisted in placing over 50 individuals in visiting exchange programs in the US and other countries within the past 5 years. He is a co-chair of the ISPRM/WHO World Report on Disability/Implementation of the UN Convention on the Rights of Persons with Disabilities Subcommittee, and is a member of the ISPRM Education Committee and ISPRM/WHO Rehabilitation Disaster Relief Subcommittee. He also serves on the advisory board of the UN Digital Health Initiatives. Notably, Dr. O’Young is the president and founder of Rehabilitation Without Walls, a non-government organization affiliated with the International Council of Caring Communities (which has special consultative status with the UN Economic and Social Council).

As an academic physician and international lecturer dedicated to pain medicine and international exchange, Dr. O’Young shares his knowledge of Physical Medicine and Rehabilitation, Pain Medicine, Musculoskeletal Rehabilitation, Integrative Medicine, PM&R Education, and International Exchange with lay and scientific audiences from all around the world. He has presented over 220 regional, national and international lectures in over 10 countries and written over 75 peer reviewed educational and clinical research publications. He was the chief editor of the first, second, and third editions of the book Physical Medicine and Rehabilitation Secrets. The New York University Rusk Educational Committee awarded him the John Gianutsos Award for his outstanding educational contribution from 2009-2011. The New York University Rusk Educational Committee also presented Dr. O’Young with the Rusk Without Walls Award for the most outstanding international educational contribution. In recognition of his most exemplary international contribution in academic exchanges, the ISPRM will award him the 2013 Haim Ring Memorial Award at the ISPRM World Congress in Beijing this coming June.

Dr. O’Young is very much devoted to working with the global community in advancing the rehabilitation profession. Through the exchange of knowledge and ideas, Dr. O’Young hopes to preserve the dignity and maximize the potential of every disabled person around the world.